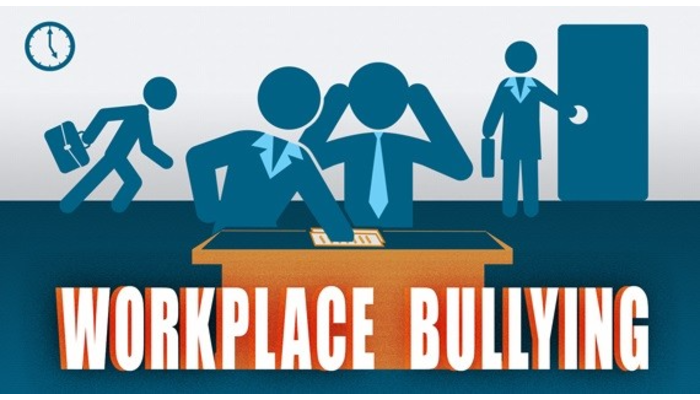 THE NEW CODE OF PRACTICE

This Code of Practice provides practical guidance for employers on identifying and preventing bullying at work arising from their Duty of Care under the Safety, Health and Welfare at Work Act 2005. Under the Act, employers are expected to manage and conduct work activities in such a way as to prevent, so far as is reasonably practicable, any improper conduct or behaviour likely to put the safety, health and welfare at work of his or her employees at risk. Employees also have similar responsibilities under the Act to not engage in improper conduct or behaviour that is likely to endanger their own safety, health and welfare at work or that of any other person.

This Code applies to all employments in Ireland irrespective of whether employees work at a fixed location, at home or are mobile.

Bullying is defined as:

Repeated inappropriate behaviour, direct or indirect, whether verbal, physical or otherwise, conducted by one or more persons against another or others, at the place of work and/or in the course of employment, which could be reasonably regarded as undermining the individual's right to dignity at work. An isolated incident of the behaviour described in this definition may be an affront to dignity at work, but, as a once off incident, is not considered to be bullying.

While there were no changes made to the definition of Bullying, in comparison with the previous Codes of Practice, the new Code states bullying could include the use of cyber or digital means.

It further outlines a non-exhaustive list of behaviours that can be considered bullying, such as blaming a person for things beyond their control, repeatedly manipulating a person's job content and targets or excessive monitoring of work.

WHAT IS NOT CONSIDERED BULLYING

The new Code of Practice also helpfully describes situations which should not be regarded as workplace bullying and these include:

• Expressing differences of opinion strongly
• Offering constructive feedback, guidance, or advice about work-related behaviour which is not of itself welcome
• Ordinary performance management
• Reasonable corrective action taken by an employer or supervisor relating to the management and direction of employees (for example managing a worker's performance, taking reasonable disciplinary actions, or assigning work)
• Workplace conflict where people disagree or disregard the others’ point of view
(This list is not exhaustive).

Additionally, as set out in the definition above, a once-off incident of bullying behaviour may be an affront to dignity at work and may be unsettling, but does not of itself make for an adequate level of distress as to fall within the definition of bullying and other remedies should be sought for these scenarios. As a once-off, such behaviours cannot be presumed to be done in a targeted, purposeful and unremitting way.

The Code recognises that informal solutions are to be encouraged where possible. An informal approach may effectively address the unwanted behaviour without recourse to any other action. Sometimes the person who is alleged to be engaging in the behaviour is genuinely unaware that the behaviour being complained of is disrespectful or unwelcome or undermining and/or causing distress. Therefore, it is always recommended, to encourage employees to try and resolve issues that arise informally in the first instance, subject to the agreement of the parties involved.

Whilst informal resolution was always included in the Codes of Practice on Bullying, the New Code of Practice provides an additional option of a Secondary Informal Process.

If the first stage was unsuccessful or, if the complainant or the employer deems it inappropriate due to the seriousness of the issues, this more protracted yet still informal system can be put in place.

The appointed person would meet with the complainant and the person complained against and establish their responses to the situation. Following this, a method should be agreed to progress the issue to resolution to assist both parties to return to a harmonious working environment without bullying being a factor.

The nominated person who was responsible for managing the complaint should keep a nominal record of all stages, including the complaint, the first meeting, action agreed and signed records of the final meeting. The purpose of the records, which do not include detail of discussions, is to provide evidence of the complaint having been met with an organisational response and attempt at resolution.

Following the resolution of the issue, both parties should be given support or periodical reviews, insofar as is reasonable, which, if necessary, could include counselling or other appropriate interventions or support services.

The new Code of Practice outlines also the formal procedure, as previous Codes did, however, recommends that all informal resolution avenues - as set out above - should be contemplated and where appropriate, exhausted before a formal process is invoked.

In light of this new Code of Practice, we recommend all employers revise their Anti-bullying/dignity at work policies to make sure their policies are up to date.

While this Code refers to workplace bullying only and doesn’t include harassment cases, this does not prevent employers from having one policy/document encompassing procedures for processing both bullying and harassment cases.

Failure to follow the new Code of Practice is not an offence in itself. However, in any proceedings before a Court, the Labour Court or the Workplace Relations Commission, the code of practice shall be admissible as evidence and where the Code appears to the body concerned to be relevant to any question arising in the proceedings it shall be taken into account in determining that question.

Additionally, it is not enough to just have the policy in place.

Moreover, existing employees should receive updated and regular communication on the policy.

As outlined in the Code of Practice, bullying at work may arise, not only from work colleagues but also by non-employees, such as clients, customers, sub-contractors and business contacts. In line with that, a summary of the Anti-Bullying Policy should be prominently displayed at places where members of the public, clients, and customers attend.

You can find a copy of the new Code of Practice HERE.